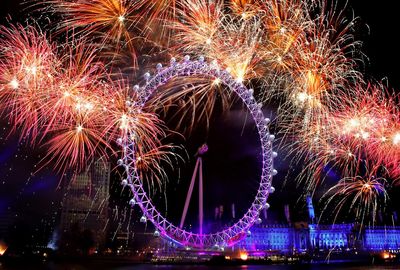 
Every nation has its holidays and traditions, but we often get to know the history and life of other countries, gradually adopting something, becoming closer to each other. For example, holidays. Not all the holidays we are used to celebrating are Russian. However, do the people around us know this?

The aim of my project is to find out what English-speaking holidays there are and how common they are in Russia, so we will do this: We will get acquainted with the most famous and interesting holidays, traditions. Let's discuss it with our classmates and make a survey. On the basis of the answers, we will draw a conclusion.

You probably know that in Great Britain Christmas is celebrated on December 25. And the official opening of the Christmas season is Advent, the pre-Christmas fast, which begins four weeks before Christmas. The holiday itself has many symbols: Christmas songs about the birth of Christ, stockings over the fireplace, according to the legend, Santa throws sweets and gifts into them, the Christmas tree with lights, which are turned on near midnight, cookies and milk, which children leave to Santa the night he must leave gifts. But most importantly, the whole family gathers and exchanges gifts and wishes for a Merry Christmas! 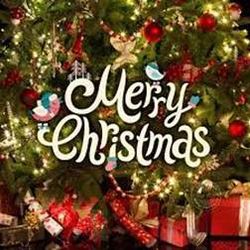 Boxing Day is a holiday celebrated in Great Britain and in several countries of the British Commonwealth of Nations. "Boxing Day" is celebrated in these countries on December 26 every year. Traditionally, on the second day of Christmas in Britain, families packed the leftovers of the holiday meal and simple gifts into boxes and carried them as a gift to the sick and the poor. Nowadays, it is characterized by giant sales in stores large and small. Various sports are played on this day in different countries, such as soccer, rugby, cricket, sailing, horse racing, fox-hunting, ice hockey, boxing. 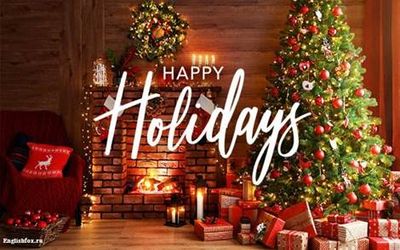 
During the late Middle Ages, legends emerged in England that linked the life of St. Valentine to secret marriages of lovers. In the 14th century, the English writer Geoffrey Chaucer romantically described this popular belief in his poem "The Parliament of Birds. This made the holiday, which was celebrated on Valentine's Day, popular in Britain and we celebrate it on February 14th. It's a day to dedicate to your loved ones.

Usually lovers give each other Valentine's cards and gifts and arrange surprises. On this day it is very difficult to get into any British institution: everything is reserved in advance. Musicians and children sing romantic ballads in the street on Valentine's Day in exchange for candy. 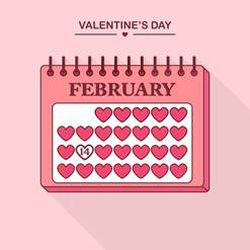 On the night of October 31 to November 1, Halloween, an ancient Celtic holiday also known as All Saints' Eve, is celebrated in the United States and Canada. Recently, the holiday has also become popular in Europe and Russia. On this night, according to ancient Celtic belief, the worlds of the living and the dead opened their doors, and the inhabitants of the netherworld made their way to Earth. The pumpkin was the symbol of the feast.

Not only did it mark the end of summer and the harvest, but it warded off evil spirits with the sacred fire lit inside it. Children dressed up in monster costumes and went round the neighbour's houses peddling sweets. There are also themed parties, fireworks and masquerades, and a hollow pumpkin with carved eyes and mouth. 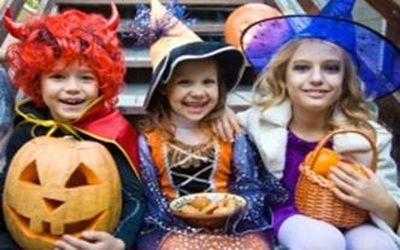 On the night of 5 November 1605, a group of plotters attempted to blow up Britain's Parliament. One of the conspirators named Guy Fawkes was supposed to light a fuse under the gunpowder room but he was arrested. An effigy of Guy Fawkes was made of straw and burned. Since then, every year on the night of November 5, a festival with bonfires, fireworks and firecrackers has been held. On the evening of November 4, Brits dress up in period costumes and children smear coal on their faces. Everyone takes to the streets to take part or watch the parades, admire fireworks, shoot firecrackers and crackers and burn an effigy of Guy Fawkes. Scarecrows are either made in advance or bought in shops. 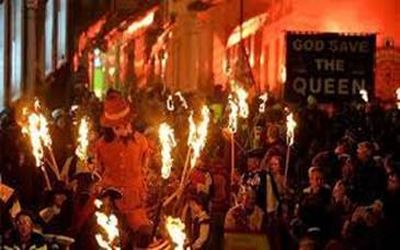 This is the day of England's patron saint, St George. St George freed several villages from the fearsome dragon, for which he is nationally revered. On this day, the flag of England, the Cross of St George, is raised. Traditional English dishes such as roast beef, Yorkshire pudding and sausages in dough appear on the festive table. The English wear red roses, the emblem of England, on their patron saint's day. It used to be celebrated as solemnly as Christmas, but after unification with Scotland, celebrations declined. 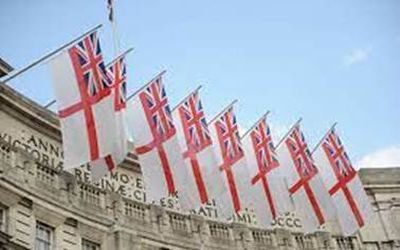 How well known are they in Russia?


Some of these holidays are popular in both the UK and the USA, as well as in Russia. My task will be to ask 30 classmates if they know these holidays or not. Maybe some of them even celebrate - I asked my classmates about each holiday and asked them to choose one answer from those given: - I know the holiday, I celebrate it. - I know the holiday, but I don’t I celebrate. - I don’t know this holiday. 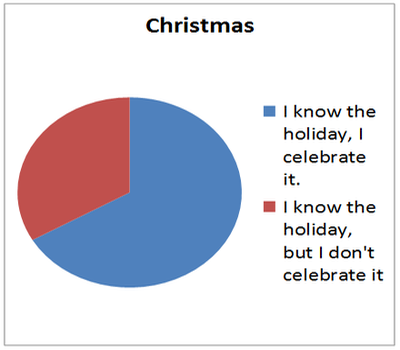 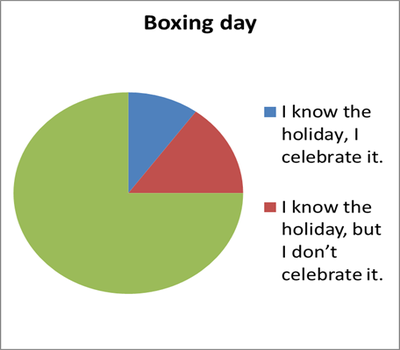 Boxing day is celebrated by only 2 people, 3 people know about it and 15 people just found out about it. 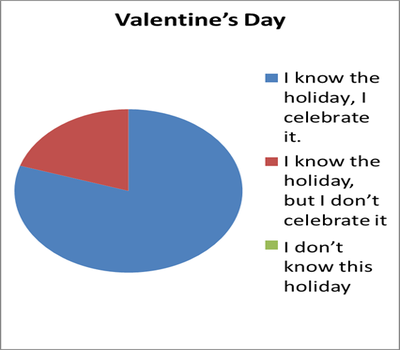 Valentine's Day is known and celebrated by 24 people, but 6 people don't want to celebrate it 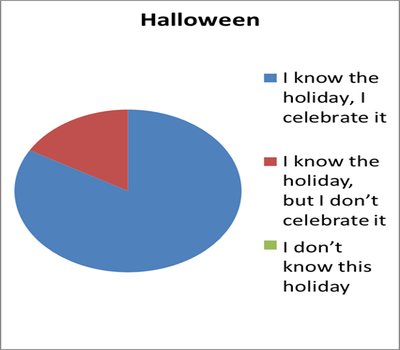 Twenty-five people know and celebrate Halloween, 5 do not. 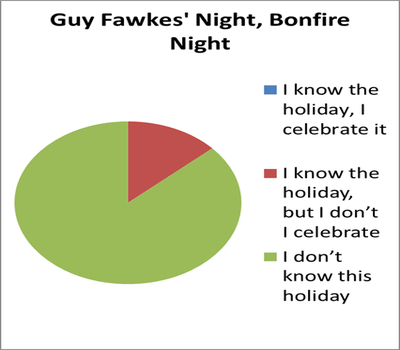 Only 4 people in the class know the holiday, and 26 people have never heard of it before. 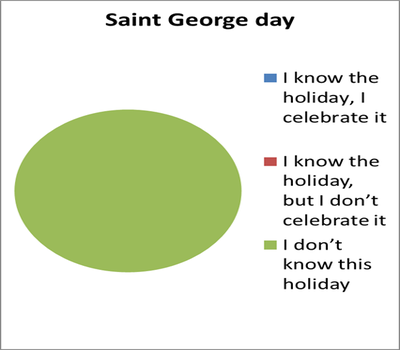 All the pupils heard about the holiday for the first time.

So, if you position the holidays, starting with the most famous ones: } Halloween } Valentine's Day } Christmas } Boxing Day } Guy Fawkes' Night, Bonfire Night. } Saint George day We can conclude that the holidays my classmates celebrate are less about history and have an entertaining, fun character.

Perhaps this is not a bad thing, as we have our own historical holidays and events which we honor. With the help of the project we learned what holidays are celebrated in another country. We also learnt that we ourselves celebrate some holidays which came to Russia from England, we like their traditions just as much, which makes us closer to each other.

Thank you for your attention to my project