Is it easy to be healthy? 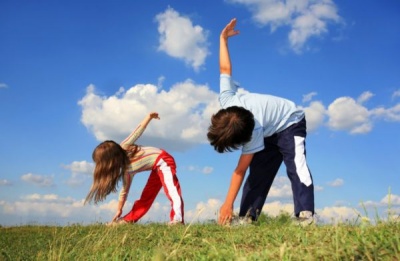 
The problem of being healthy is one of the most important problems of modern people. Nowadays a lot of people don’t pay attention to their health! Possibly, they think that it won’t hurt their body or they don’t have enough time to worry about their health. In the modern world most of people have a lot of bad health habits. Bed habits shorten their life. And this fact makes the problem actual. I think that the situation should be changed!

Is being healthy the main thing of our life? If it is so… I want to be healthy and celebrate my 100 birthday and feel well. That is why I have chosen the project topic. I’ll try to answer the question: « Is it easy to be healthy? »

So, the aim of my project is presenting the importance of health for the modern society.

To achieve this aim I set the following tasks:

And I believe that my project will make people think about their health.

Bad habits in the past

Smoking and drinking alcohol , and the surprising «danger» of sleeping either too much or too little, watching TV a lot, eating between meals and skipping meals. These bad health habits could lead to different diseases. Of course neither sleeping too much nor snacking is as dangerous as smoking, obesity and drinking, but they are signs of dangerously chaotic lifestyles.

Nowadays people have more unhealthy habits than in the past! Most often it’s children and teenagers. Physical inactivity, surfing the internet, eat fast food, spent a lot of time at a desk, sit and watch TV a lot, don’t go outside much, skipping meals. But I think that the main problem is modern laziness. People don’t want to be activity! A lot of people are overweight. Why?

We live in the era of fast food culture. We are always in a hurry. We have no time to relax and enjoy a meal. We want to eat now and we want to eat fast.

Every day a new restaurants fast food opens somewhere on our planet. Soon American food will take over the whole world.

Another reason is lack of exercise. We spend too much time in front of our computers and TV-sets. We walk less, because we prefer to use cars or public transport. Yes, many people nowadays are exercise crazy, they spend hours in gyms – and then they rush to have a good snack!

Also one of the main problems is obesity. Obesity

The World Health Organization defines obesity as a condition in which a person’s body-mass index, or BMI, is greater than 30. BMI is determined by dividing a person’s weight (in kilograms) by the square of the person’s height (in meters).

So someone who is 5 feet 2 inches and weighs 164 pounds would be classified as obese, as would someone 5 feet 10 inches who weighs 207 pounds. Keep in mind, though, that a given volume of muscle weighs more than the same volume of fat, so very muscular individuals may have an elevated BMI without being overweight.

Using the BMI criterion, about 32 percent of adults in the United States are obese and about 17 percent of children are overweight. The problem has become so common that commercial jets have to burn excess fuel to carry heavier loads, parents of obese young children have trouble finding car safety seats to fit them, and the funeral industry has to offer larger than normal coffins and order wider hearses.

And obesity among adults and children is rising, not only in the United States but also in regions as diverse as Asia, Europe, South America, and Africa. Obesity is associated with health problems such as diabetes, high blood pressure, an increased risk of heart attack, and possibly Alzheimer’s disease. In the United States alone, obesity is blamed for about 30,000 deaths each year and for a predicted shortening of life expectancy in the twenty-first century.

Why do some people become obese? Body weight is determined by a combination of food intake and energy output. Obese people get more energy from food than their body metabolizes, or “burns up.” The excess energy, measured in calories, is stored as fat.

Obese people tend to eat above-average amounts of high-calorie, tasty foods but below-average amounts of less tasty foods. Further, they may be less active than lean people, a pattern that often begins in childhood. Spending long hours watching television or playing computer games is a major cause of the inactivity seen in overweight children.

In short, inadequate physical inactivity, combined with overeating—especially of the high-fat foods so prevalent in most Western cultures—has a lot to do with obesity.

But not everyone who is inactive and eats a high-fat diet becomes obese, and some obese people are as active as lean people, so other factors must also be involved. Some people probably have a genetic predisposition toward obesity.

For example, although most obese people have the genes to make leptin, they may not be sensitive to its weight-suppressing effects—perhaps because of differing genetic codes for leptin receptors in the hypothalamus. These genetic factors, along with the presence of certain viruses in the body, may help explain obese people’s tendency to eat more, to accumulate fat, and to feel hungrier than lean people.

Other explanations for obesity focus on factors such as learning from the examples set by parents who overeat, too little parental control over what and how much children eat, and maladaptive reactions to stress. Many people do tend to eat more when under stress, a reaction that may be especially extreme among those who become obese.

For most people, and especially for people who are obese, it is a lot easier to gain weight than to lose it and keep it off. The problem arises partly because our evolutionary ancestors—like nonhuman animals in the wild today—could not always be sure that food would be available. Those who survived lean times were the ones whose genes created tendencies to build and maintain fat reserves.

These “thrifty genes” are adaptive in famine-plagued environments, but they can be harmful and even deadly in affluent societies in which overeating is unnecessary and in which donut shops and fast food restaurants are on every corner. Further, if people starve themselves to lose weight, their bodies may burn calories more slowly.

This drop in metabolism saves energy and fat reserves and slows weight loss. No wonder health and nutrition experts warn that obese people (and others) should not try to lose a great deal of weight quickly by dramatically cutting food intake.

In fact, no single antiobesity treatment is likely to be a safe, effective solution that works for everyone. To achieve the kind of gradual weight loss that is most likely to last, obese people are advised to make lifestyle changes in addition to, or instead of, drugs or surgery.

The most effective weight-loss programs include components designed to reduce food intakeraising metabolism rather than lowering it.

How do the bad habits influence on your health

Every unhealthy habit can lead to different dangerous diseases such as cancer, asthma, obesity.

They interrupt with the implementation of their goals and use their opportunities. For example: smoking. Here are some sad facts about smoking:

Today it is in fashion to be fit and healthy. Eating habits have changed. Peopleprefer eating a lot of fruit and vegetables and less high fat food. People go to the gym to have a beautiful body and strong muscles.

Some good advices for your health:


I know that a lot of children don’t pay attention to their health but since I became a teenager I have been more concerned about what I eat and the balance of exercise in my life.

There were interviewed 70 pupils of 14-16 years old

According to the survey the most popular bad habit is sleeping too little.

How many hours should a kid sleep?

90% of children sleep too little because:

Who is in charge of your health?

Having completed my project I was surprised how much I’ve known about the health.

According to statistics 20% of teenagers in Russia have a disease of some kind. But who is responsible for it?

School certainly should pay attention to teen’s health. Since children have to sit at a desk all day long, they have no time to go out. What’s more there are not enough PE lessons at school and, as a result, children are less active.

On the other hand, many parents themselves have unhealthy diets. Parents don’t have time to cook healthy food because of a lot of work. Consequently, they are not able to teach their children to eat healthily at home. And this results in unhealthy eating habits to their children.

While working on the project I faced a number of difficulties. The problem was that I came across a great amount of information on this topic and it was too hard to choose what I needed.

I think that I achieved my aim. From this project you can get a lot of useful information about health.