THE TREASURE HOUSE OF BOOKS

⁠
Творческий проект:
The Printed Word. The Way How It Changed

Libraries have a reputation for being boring places you visit only when you absolutely must. But on the contrary, these are all-inclusive establishments, holding the historical relics, documented research and readings, dating back centuries or millenniums.

There is no doubt that libraries have had an impressively significant impact on societies all over the world for thousands of years. They have contributed immensely to our modem culture. There has always been some form of a library in existence. Archeologists have managed to find what seems to be proof of the first libraries in ancient Egypt.

It was only a matter of time that the works would require some sort of organization. As early as 700 B.C., the first library classification system may have existed in Nineveh. In 1850 workmen found clay tablets in the mins of the palace of Assur-bani-pal that had fallen from shelves. What was interesting about the tablets was that they had been arranged in order.

Researchers examining the ancient method determined that the people of Nineveh had formed what would be considered a library. Two of the first to make libraries were the Greeks and Romans. In Greece around the 5th century B.C., private libraries were made up of non-fiction and fiction books. The classification system was designed by Greek poet and scholar Callimachus and was used the 3rd century B.C. and throughout the Roman Empire.

As more years progressed, libraries began to shift from the scrolls to a more suitable codex format. The codex format was developed by the Romans in the 1st century A.D. from wooden writing tablets. Codex was compact, sturdy and easy to use. It also should be noted that codex was the first and current format of the Bible.

As time marched on, lending books became popular. This was largely because librarians began to understand that lending a book to someone could mean that it would be copied while in the borrower’s possession. And if the work was copied, eventually the library could have a new title to add to its collection. Around the 15th century in central and northern Italy was the development of libraries that were purposefully created by humanists and other enlightened patrons to highlight academia.

Another major contributor to the public library system worldwide was Andrew Carnegie, a Scottish-American businessman and philanthropist. The first of his Carnegie public library was built in 1883 in his hometown of Dunfermline, Scotland.

Card catalogues got their start in the 1800s when Charles Folsom, librarian of the Boston Athenaeum, suggested using a series of card, linked together with strings, to help keep order to the collection of books found in libraries. His idea was taken to the next level, when in 1860 Harvard Librarian John Langdon Sibley proposed placing cards between two wooden blocks. Over the years, the catalogs moved into cabinets and became the standard format for locating books.

Now there are thousands of public libraries worldwide and all of them have managed to adjust tremendously as society has changed, updating cataloging techniques as well as research tools and media options. And amazingly, they still offer us historical artifacts, document the current landscape of our lives and even offer a blueprint to guide us through our future.

The fate of some libraries has been jeopardizes in recent times due to the current recession and earlier financial troubles. However, most have managed to stay afloat by turning to their endowments and investments, as well as accepting contributions from foundations, individual donors and corporations. Hopefully, these efforts will make help keep the library’s rich history going so that we may enjoy it for many centuries to come.


The term “digital library” has been applied to a wide variety of offerings from collections of electronic journals to software agents that support inquiry-based education to collections of email to electronic versions of a public library, to personal information collections, and even to the entire Internet. Prior to digital coherence, libraries needed to treat various media, for example, books, journals, videos, and musical recordings, differently.

The vision of a fully computer- based library began to emerge in terminology in the mid-1960s with J.C.R. Licklider’s the library of the future. Over the years, other terms have been coined to refer to the concept of a digitized library, including electronic library, virtual library, library without walls, and bionic library.

The use of the term digital library can be traced to the Digital Libraries Initiative, established through funding in 1994, by the National Science Foundation, the Advanced Research Projects Agency, and the National Aeronautics and Space Administration in the United States. Under this funding, six U.S. universities were granted a total of $24.4 million for digital library research. Two events motivated this funding: the growth of the Internet and the development of graphical Web browsers.

Digital libraries are collections containing fixed, permanent documents which are based on digital technologies and are used by individuals working alone. The concept of a fixed and permanent document is based on the printed book.

The book is not the only material contained in library collections. In addition to holdings, of books, photographs, unbound and handwritten manuscripts and correspondents which are adaptable to digital representation, libraries also contain three-dimensional artifacts, such as models, dioramas, toys and games, and realia - for example, a chameleon (for a borrow-a-pet service).

While it is possible that certain libraries will collect only digital materials, it is more likely that libraries in general will make use of digital material where it best serves their patrons’ needs and their libraries’ budgets, much like libraries have used microforms and paperback editions. At some point in the future we may be able to satisfactorily convert much of the informational content of libraries in 3-D holdings to digital format. At least for now, a comprehensive library will of necessity be a multiple format collection.

Having completed my project I was surprised how much I’ve learnt about the history of printing and its modem appearance.

To sum up I should say that books play a very important role in the life of people. They educate a person, enrich his intellect. Thanks to books we leam to express our thoughts and feelings more exactly. It goes without saying that libraries play an important part in the cultural development of any society. With the rapid development of people’s lifestyle and invention of a great variety of devices, books and libraries have passed through considerable changes. But printed books haven’t died; they got a new life in the face of their digital substitutes.

To find out what books my peers like to read I made a public opinion polls. I asked them a question: “What kind of books do you prefer to read?” The most popular answers were electronic books. Then followed printed and audio books.

While working on the project I faced a number of difficulties. The problem was that I came across a great amount of information on this topic and it was too hard to choose what I needed. Also, there was a problem to translate special terms concerning the process of creating of books.

I am satisfied with my work and consider my aim achieved. From this project you can get a lot of useful information about books and libraries. At the lessons of English, devoted to literature this project can be used as the additional information. 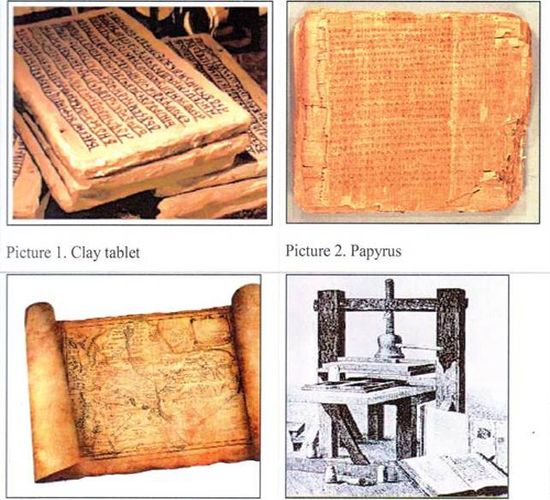 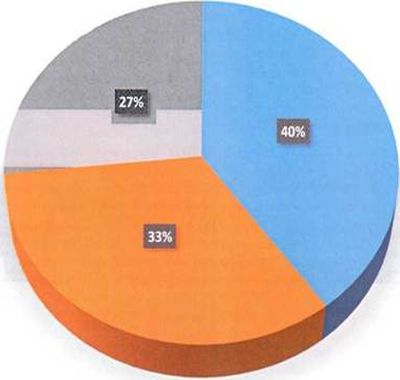 Перейти к содержанию
проекта "The Printed Word. The Way How It Changed"